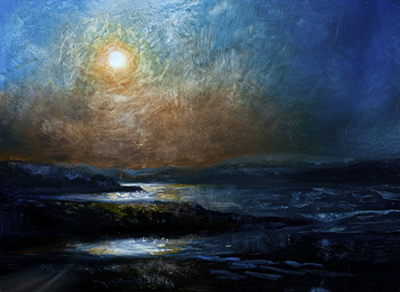 Vincent’s paintings were commissioned as theatrical set designs for the touring Irish dance show Atlantic Steps. Atlantic Steps tells the story of sean-nós — one of Ireland’s oldest dance traditions — through music, song, dance, and scenery inspired by Ireland’s Connemara region. Vincent created over 20 original paintings for the production. The show toured in 2013 and 2014, to performing arts centers throughout the US, including the Berklee Performance Center in Boston.